SystemShock said:
Campy and SRAM: “What took ya so long?” 😀
Click to expand...

But Campy isn't wireless yet.

I imagine the hold up for shimano was perfecting wireless. Going 12sp was really no big deal, they already had that on the MTB side.

But Shimano’s elimination of mechanical shifting in Ultegra and Dura Ace might annoy some ppl.
Click to expand...

That one is kinda surprising. Not that I care as I will never own a mechanical drivetrain again. But they ditched mechanical and kept rim brakes. 😲 Almost all new frames have gone disc, especially higher end.

SystemShock said:
For better or worse, 12spd road is a big deal... because that drives the upgrade cycle, aka cha-ching!! far as the component-makers go. 💵 💵 💵
Click to expand...

I meant no big deal.. as in not hard to do. It was already 'done'. They could've released a 12sp group a while ago, but were holding out to release it with wireless Di2.

pmf said:
I was happy with 8-speed.
Click to expand...

Good luck with that. Do you think they haven't taken that into consideration? What are you gonna do? Boycott and buy SRAM or Campy? They're going to be all electric in the next few years too.
Their business is innovation. Always has been. Always will.
If it made financial sense to cater to the small minority of luddites.. they would. But it doesn't. So they won't.

Shimano released 8 sp 6400 groupset 30 years ago. If that's your thing, you can still buy brand new modern 8 sp groupsets.... that are way more advanced that your 30yro stuff.

froze said:
Well that's fine but there are millions of more bikes with mechanical than there are with electrical, so they're stabbing themselves in the back to ignore millions of people, why?
Click to expand...

As I said... it's what sells. They are in the business of innovation and selling stuff.
Why is that so hard to understand?
Cars. Rocket ships. Phones. Computers. Bicycles.
Do you seriously think they haven't weighed the loss/benefit of not selling 12 speed mechanical? Seriously?

And as I said.... you can still buy brand new 8speed, 9speed, 10speed technology. If that's your thing. Nobody is being stabbed in the back.

Maybe when you write your letter to Shimano you could tell them of your boycott and going to buy Sram Red 12 speed mechanical... oh.. NOT. That's only available in.... electronic.
Sram has already been 'stabbing' themselves in the back and doing fine.

But is the motor and computer more reliable?
Click to expand...

Fussing? lol. There is no fussing. I've got 3 bikes with tens of thousands of miles. Never fussed once. Haven't touched a derailleur once after it was setup. It shifts exactly the same on mile one and mile 20,000 with zero maintenance between.


But hey... you can still buy brand new 10 speed mechanical.

The new SORA is most attractive and robust 9-speed component ever. SORA is pitched towards sports/fitness cyclists with stylish and clean design. Now with technology adopted from higher level groupsets, both new starters and enthusiasts will feel comfortable sport riding with the features that...

I have not ridden electronic shifting so I can’t really compare…
Click to expand...

velodog said:
I've 35,000 miles on a Chorus 11spd group with nary a problem. Changed the cables once or twice in that time, but that's just maintenance.
Click to expand...

Well Campy does have the advantage of better cable life. On shimano mechanical, you'd be looking at 5-10 cable sets in that time.

Joined May 11, 2011
·
21,742 Posts
As I said... "If it made financial sense to cater to the small minority of luddites.. they would. But it doesn't. So they won't."
Both SRAM and Shimano note that people just aren't buying mechanical.

The death of Ultegra mechanical can only mean one thing.

cyclingtips.com
Electronic dominance
No one can deny that mechanical shifting has a sizeable advantage over electronic shifting in terms of serviceability and often weight (particularly at anything other than flagship price points). However, in conversations with countless product managers from various bicycle brands in recent months about consumer preferences, the answer is always the same: when given the option, so few people are actually buying the cable-actuated stuff that it’s impossible to justify keeping it around from a financial point of view.

One only has to look at SRAM’s recent product development to see evidence of this trend in real time.
It’s been a very different story for SRAM’s mechanical road groupsets. Despite plenty of love and loyalty from hardcore enthusiasts, it’s basically a case of the highly vocal minority.
The current generation of SRAM’s Red 22 mechanical groupset hasn’t been updated since its last revamp in 2013.

From an engineering standpoint, it wouldn’t take much for SRAM to update its mechanical road groupsets to the 12-speed format....
In all likelihood, SRAM has the resources to do this, and you’d better believe that if the demand (and profit margins) was there, the company would make it happen. However, SRAM has clearly decided the juice isn’t worth the squeeze, and its OEM partners apparently feel the same way (though that hasn’t kept third-party tinkerer Ratio Technology from doing it on a retrofit basis).


As promised, Di2’s shift performance is uncannily faster and more precise, it’s more consistent over time than mechanical setups, and many riders just prefer the lighter feel of short-stroke buttons instead of bigger levers with more throw.
I anticipate that — unlike with Ultegra — Shimano will continue to offer 105 in a mechanical version, which will assuredly also make the jump to 12-speed. If only to keep OEM product managers happy, I would guess that the new 105 mechanical would hold pretty firm on the end cost, or maybe just increase slightly. Nevertheless, it seems likely that — at least as far as Shimano is concerned — 105 will now be the brand’s top mechanical offering.

DrSmile said:
I'm sorry, but this is just a blatant lie. You can't even find any 10, 11, or 12 speed mechanical Campy groupsets because they are completely sold out. There is a tremendous demand for mechanical groupsets, they're just not available.
Click to expand...

Your lie is a lie.
Everything is sold out. There's a global shortage on all sorts of thing.

However, in conversations with countless product managers from various bicycle brands in recent months about consumer preferences, the answer is always the same: when given the option, so few people are actually buying the cable-actuated stuff that it’s impossible to justify keeping it around from a financial point of view.

But surely your anecdotal evidence is more reliable than the product managers of the actual products.

DrSmile said:
Your corporate overlords are scrambling your brain. You CAN buy electronic (EPS) components, only the mechanical ones are sold out. For example 11 speed SR EPS shifters are available, mechanical shifters are not.
Click to expand...

Who's lying? These are all available right now. 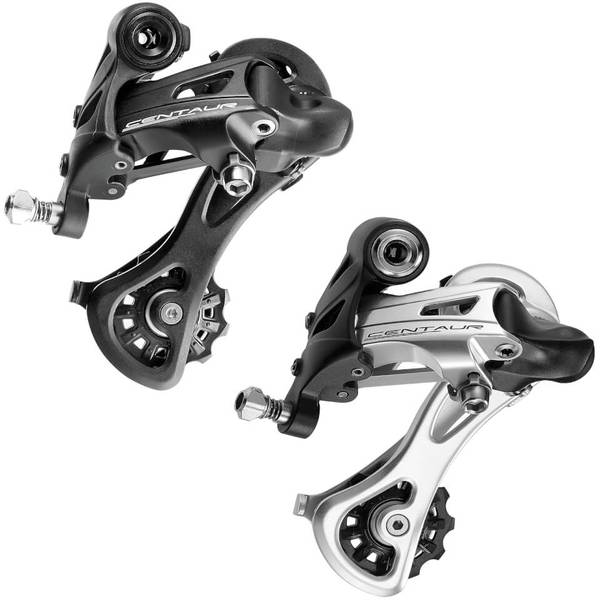 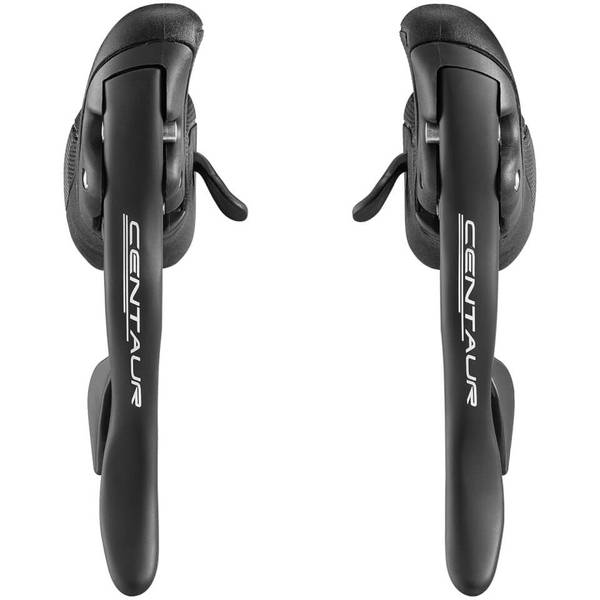 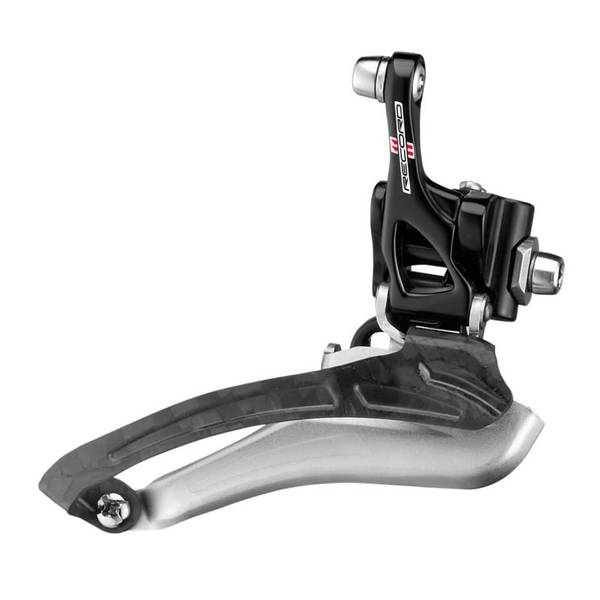 DrSmile said:
I said SR and Record...
Click to expand...

Sorry, there was so much Campy stuff available I couldn't select it all. But alas... SR and Record are there too. Lombard said:
This is getting as good as the rim brake/disc brake debate.
Click to expand...

Uh huh. And we all know how that turned out.
All the same arguments. Nobody wants disc. Rim brakes are fine. We're gonna boycott. They're gonna lose money doing this.

And nowadays.. virtually every new bike is disc (even TT 😲) . And business is as good as ever.

pmf said:
Yeah, but the Campy stuff is so much better.

I think its a huge mistake to walk away from mechanical groups and have 105 and below be the only alternative. My guess is Ultegra and Dura Ace will eventually have mechanical options, after Shimano first tries to saturate their market with electronic only alternatives. This is a marketing ploy. And a good reason not to buy their stuff.
Click to expand...

Sram RED walked away from mechanical several years ago. SRAM’s Red 22 mechanical groupset hasn’t been updated since 2013... 8yrs ago. There is no Red mechanical 12 speed. Marketing ploy?

PBL450 said:
Hydraulic disc brakes will stop a bike better and more reliably, especially in wet conditions. I can’t imagine snow and ice riding on my mtb without the great performance of my discs. But what % of roadies will experience any performance improvement in their riding? None? That’s my guess or Ineos would have made the swap.
Click to expand...

Ineos made the swap to disc. After years of reluctance, Ineos has finally given in to Big Disc - CyclingTips

The British WorldTour team will be using disc brakes in a UCI race this week.